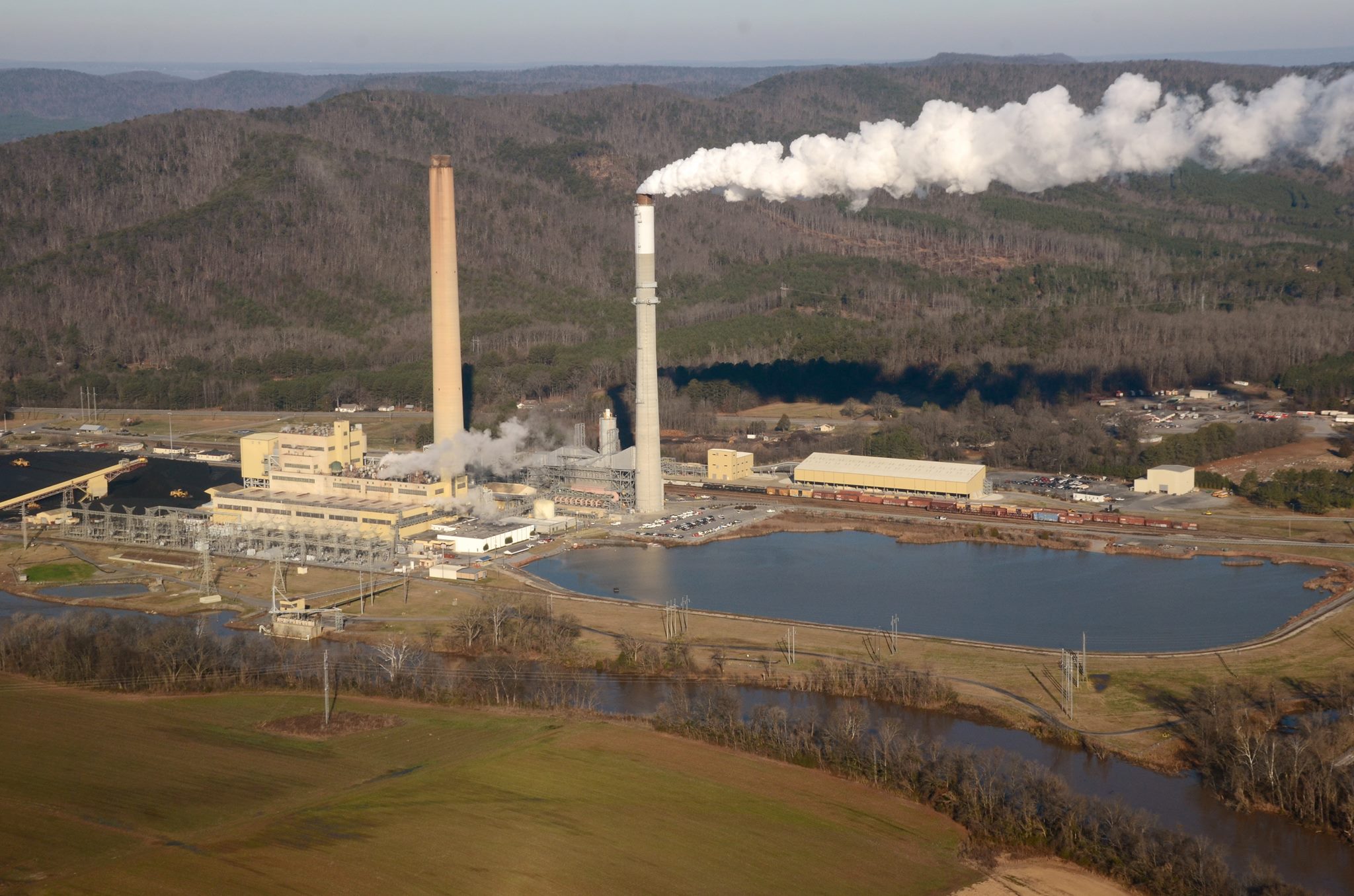 Rome, GA—The Coosa River Basin Initiative and the Southern Environmental Law Center are challenging a lax permit for Georgia Power’s Plant Hammond, a coal-fired power plant that has needlessly degraded a  the Coosa River for decades.

SELC, on behalf of CRBI, has filed a petition for hearing before an administrative law judge to challenge a Clean Water Act pollutant discharge permit issued by the Georgia Environmental Protection Division to Georgia Power. The groups charge that the permit fails to impose long-overdue conditions and requirements that would finally address Plant Hammond’s unnecessary heat and water withdrawal impacts on the Coosa River.

Home to over 100 different fish species and characterized by researchers as a “globally significant biological treasure,” the Coosa River is one of the most biologically diverse river basins in North America.

Plant Hammond is the cause of ongoing temperature impairment of the river, as well as a leading contributor to its impairment for dissolved oxygen, resulting in degradation to water quality and the fish and wildlife in the river. Significant, large-scale “fish kill” events have been documented near the Plant when river temperatures exceeded state water quality temperature standards.

“Rather than taking the opportunity to include modern-day protections and drastically improve an antiquated, ineffective permit, EPD’s permit preserves the status quo,” said Hutton Brown, senior attorney with the Southern Environmental Law Center. “As written, the permit allows Plant Hammond’s thermal discharges to continue to burden more than a half mile stretch of the Coosa River. This is simply unacceptable for the communities and wildlife that depend on a healthy river.”

Additionally, harm to aquatic wildlife is inflicted by Plant Hammond’s outdated cooling water intake structure, which can draw in about 260 million gallons of water from the Coosa each day, and more than twice that amount at full capacity. Plant Hammond’s intake can suck in water with such force that fish and fish eggs can become trapped against the intake screens or simply sucked into the complex entirely, causing damage or death to tens of thousands of fish each year. The groups charge that the latest permit fails to require that timely steps be made toward modernizing Plant Hammond’s intake structure.

“For years, we have advocated for modernization of Plant Hammond’s intake and cooling water facilities to minimize adverse impacts on wildlife and the people who treasure the river, both near the plant and downstream,” said Jesse Demonbruen-Chapman, Executive Director of the Coosa River Basin Initiative. “We were greatly disappointed that the recent permit failed to impose adequate conditions and limits that would finally address these deficiencies. It’s time for EPD to bring Plant Hammond into the 21st century and provide adequate protections for one of Georgia’s greatest rivers. ”

About Coosa River Basin Initiative: CRBI is a 501c3 non-profit environmental organization based in Rome, Georgia with the mission of protecting, preserving, and restoring one of North America’s most biologically diverse river systems, the upper Coosa River Basin. Learn more at www.coosa.org

EPD, GA Power, Hammond
Proud To Be A