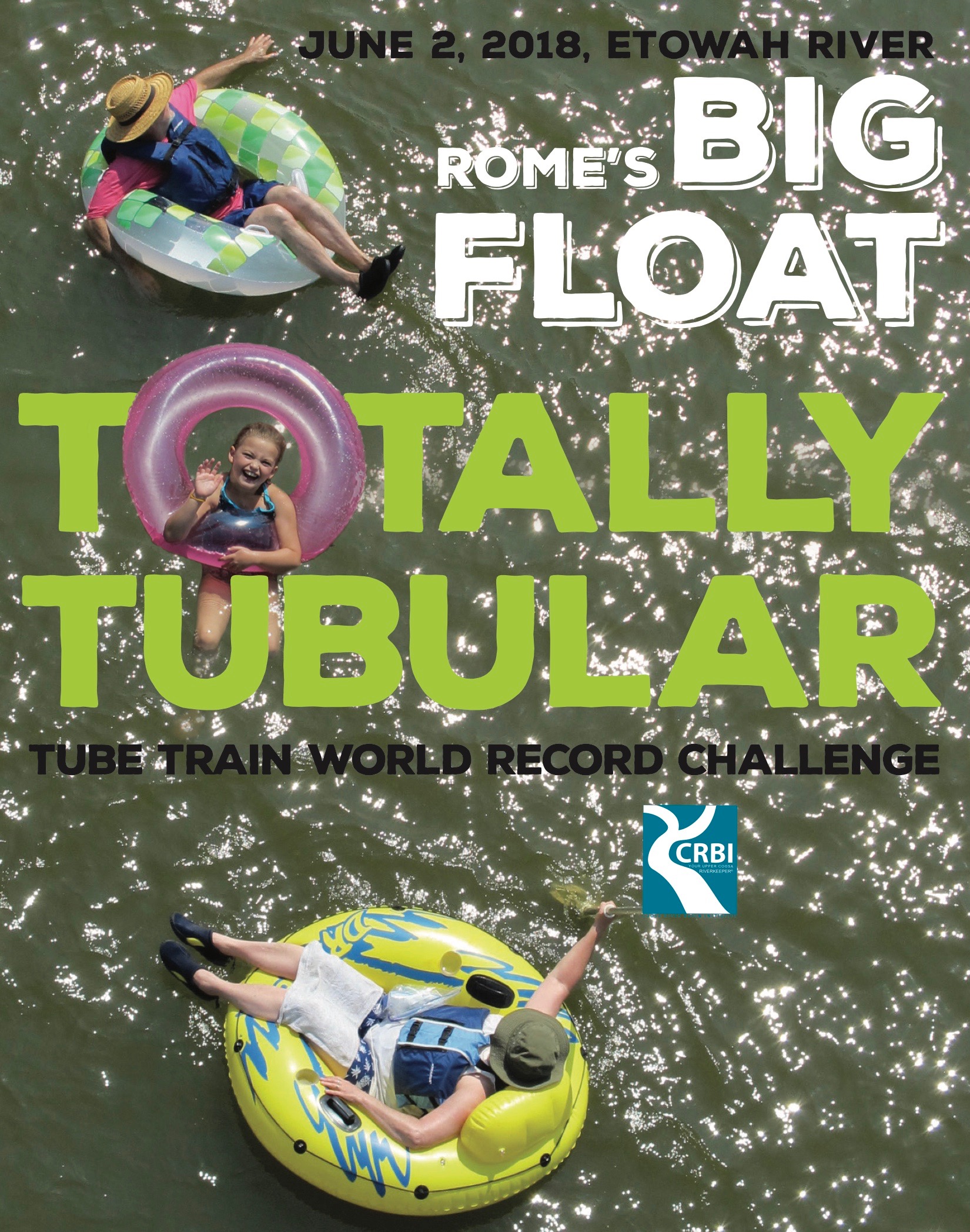 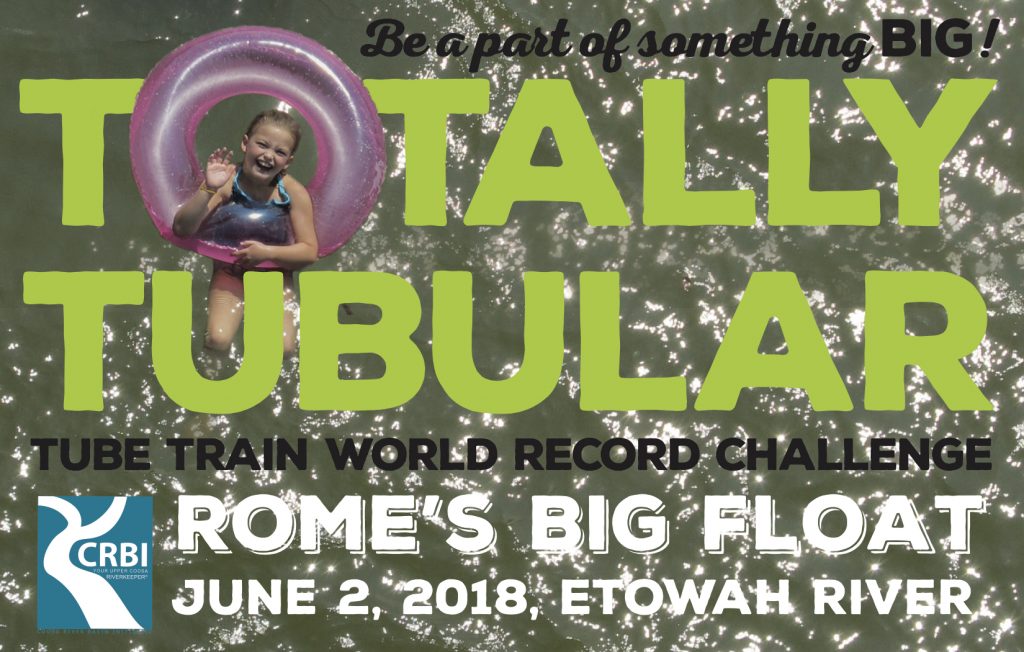 Rome‚Äôs Big Float, the Coosa River Basin Initiative‚Äôs annual 6-mile river celebration on the Etowah, is expected to get much bigger this June as the river protection organization attempts to set a world record for the longest line of innertubes and inflatables.

‚ÄúThe goal of the Tube Train World Record Challenge is to create a human chain of innertubes stretching a mile down the Etowah River,‚ÄĚ said CRBI Executive Director Jesse Demonbreun-Chapman. ‚ÄúIt‚Äôs symbolic in that CRBI works to unite diverse communities to protect our river, but mainly, its just going to be a lot of fun trying to set the record.‚ÄĚ

CRBI estimates that it will take more than 1000 people to create a mile-long chain. At a 2013 event in Portland, Oregon, the Human Access Project, another river protection group, created a tube chain of more than 600 people. However, the Guinness World Records recognizes only the ‚Äúlongest line of water inflatables,‚ÄĚ a record set in July 2017 in Canada when the Welland Float Fest created a 543-foot line of more than 100 water inflatables.

Organizers say the chain will be created from the event‚Äôs launch site at Gizzard Park and extend downstream. Once all participants are linked in the chain, the chain will be broken and floaters will drift down river at their own pace to Heritage Park where food, music and games will be waiting. An after party at River Dog Outpost will close out the day-long celebration.

Already local businesses and organizations are jumping on the Tube Train. Redmond Regional Medical Center, Scott Logistics, Profile Extrusion and the Floyd County Sheriff‚Äôs Office have all agreed to participate by encouraging their employees to join the float. Local outfitters including River Ratz of Rome, Euharlee Creek Outfitters, Cool River Tubing Co. in Helen, Cartecay River Experience in Ellijay and Appalachian Outfitters in Dahlonega have agreed to provide innertubes for the event.

CRBI is seeking other businesses as well as school, civic and church groups to participate.

‚ÄúIf successful, this will likely be the largest ever gathering of humans on Rome‚Äôs rivers,‚ÄĚ Demonbreun-Chapman said.

CRBI is offering discounted registration rates of $20 per person for groups of 25 or more. Regular registration for adults and youth is $25, with children 12 and under floating for free. All participants receive an event t-shirt, complimentary tube rental and shuttle service to and from the river. Prizes will be awarded for the largest group, the most spirited group and the best-costumed group. Sponsorship opportunities are also available.

CRBI is a 501c3 non profit organization and member of the international Waterkeeper Alliance. Its mission is to inform and empower citizens to protect, preserve and restore one of North America‚Äôs most biologically unique river basins.

FOR MORE INFORMATION CONTACT JESSE DEMONBREUN-CHAPMAN AT 706-232-2724 OR JESSE@COOSA.ORG

Rome's Big Float
Proud To Be A