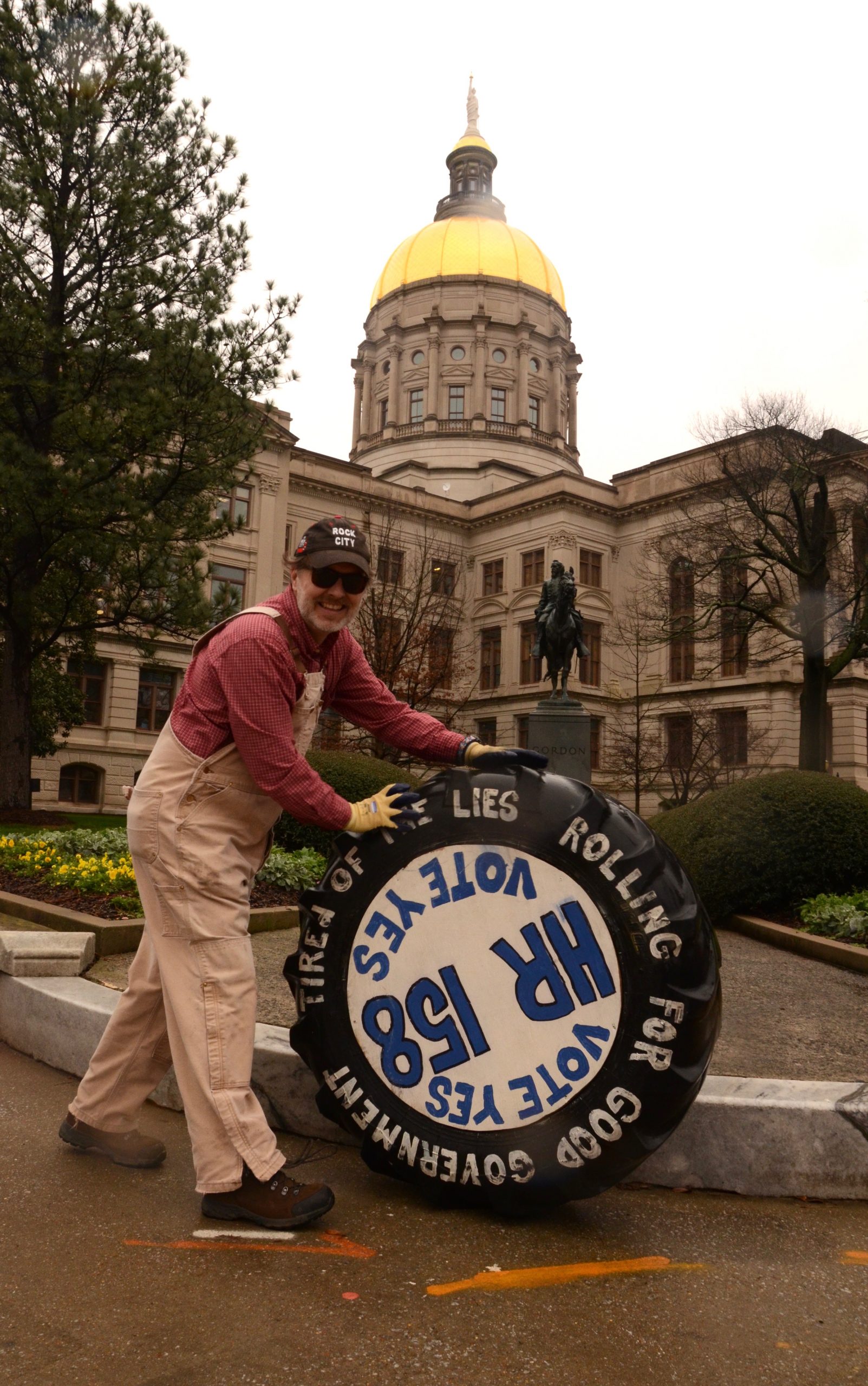 On Feb. 28 and March 1, some 30 volunteers from CRBI and other Georgia Water Coalition member organizations pushed a giant tire around the Georgia State Capitol building for 24 straight hours to bring attention to HR 158, a measure that will create a constitutional amendment allowing legislators to “dedicate” fees when they create laws establishing fees or taxes on Georgia citizens. 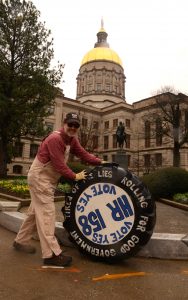 If adopted by the legislature and approved by voters, HR 158 would help put an end to the annual legislative looting of important environmental funds . Since the 1990s, Georgia citizens have paid some $500 million into the Hazardous Waste and Solid Waste Trust Funds through fees assessed when we purchase tires or dump trash at local landfills. These collections are supposed to be used to cleanup illegal tire dumps and toxic waste sites, but of the $500 million, about $200 million has been diverted to pay for other portions of the state budget. The result is hundreds of hazardous waste sites and illegal tire dumps still awaiting cleanup.

As of March 15, 2018, HR 158 sat in the Senate Appropriations Committee where Chairman Jack Hill (R-Statesboro) is opposed to the legislation. Take action by calling Lt. Gov. Casey Cagle’s office (404) 656-5030 and asking him to move HR 158 out of committee for a full vote before the Georgia Senate.