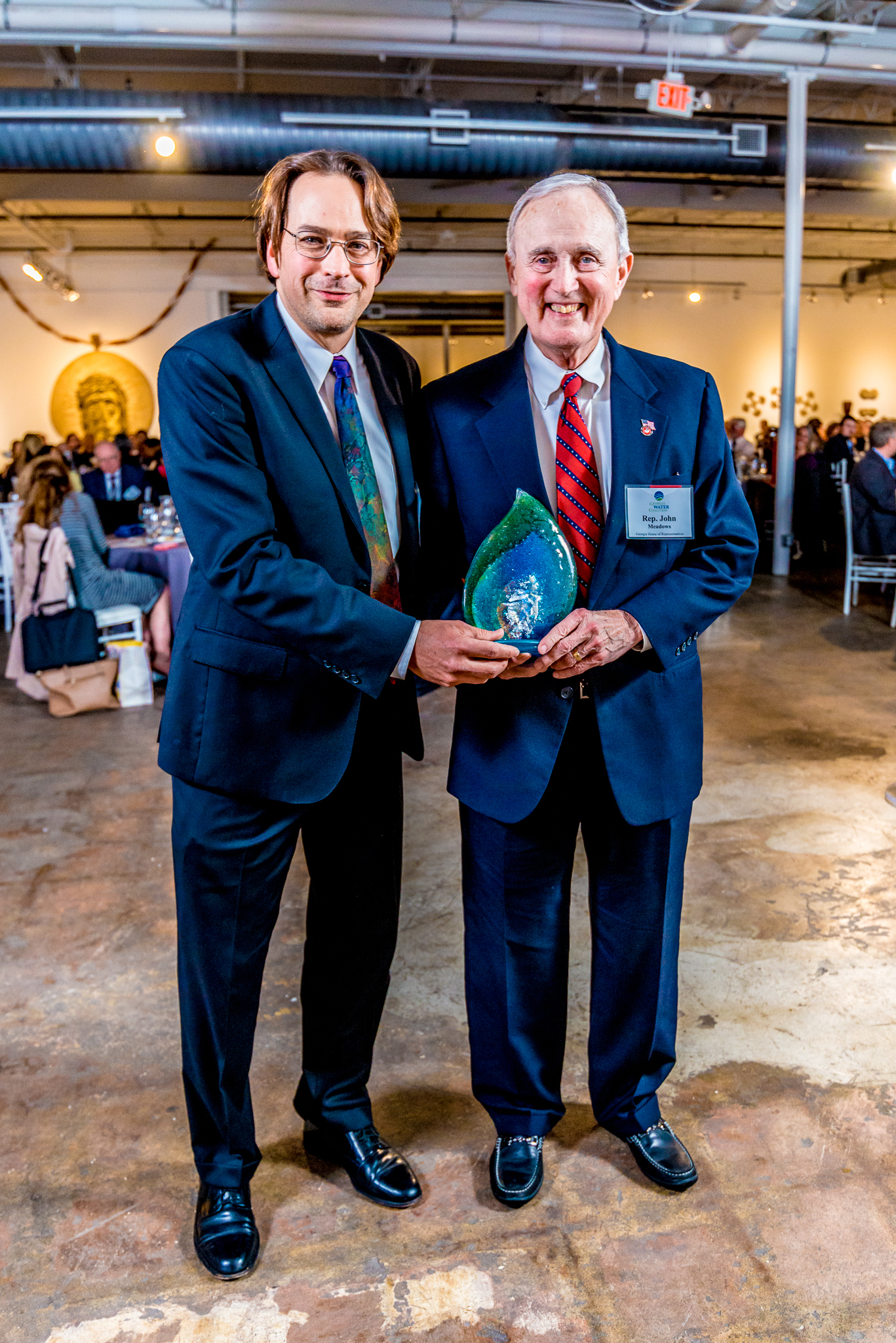 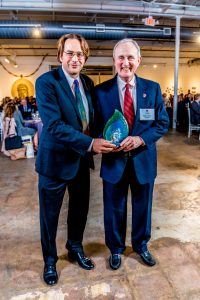 Rep. John Meadows (R-Calhoun) received a Clean 13 award from the statewide coalition of water protection groups for his work introducing and passing HB 205, an update of the state’s 30-year-old oil and gas drilling regulations designed to protect drinking water sources from the risks associated with fracking.

The Georgia Department of Natural Resources (DNR) was also recognized at the event for the agency’s efforts to protect land along Raccoon Creek in Paulding County. Brent Womack, a DNR wildlife biologist, who has been instrumental in the Raccoon Creek project, accepted the award on behalf of the state agency. 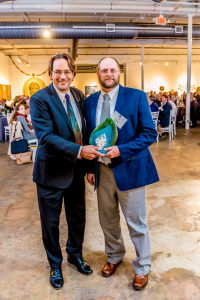 On March 9, the day following the Clean 13 Celebration, Rep. Meadows’ “fracking bill” was adopted by the Senate and sent to Gov. Nathan Deal for his signature. The bill sets in motion regulations that require drillers to identify nearby water sources and monitor those sources to insure that drilling activities do not harm well water or nearby streams and rivers.

In recent years, northwest Georgia has been targeted by drillers who believe the region’s Conasauga shale formation contains large reserves of natural gas.

In Paulding County, Georgia’s DNR has worked for more than a decade to protect and restore Raccoon Creek. Through multiple partnerships with local governments, non-profit organizations and property owners, DNR has been able to protect some 17,000 acres, preserving more than 40 percent of the land area surrounding Raccoon Creek. As a result, habitat for federally protected fish species has been improved.

More than 200 people attended to Coalition’s Clean 13 Celebration held March 8 at Mason Fine Arts Center in Atlanta. The Coalition consists of more than 200 groups with the mission of protecting and caring for Georgia’s water resources.

Clean 13, Georgia Water Coalition
Proud To Be A