2018 Georgia General Assembly: The Good, The Bad & The Ugly

The Georgia General Assembly ended the 2018 legislative session on March 29. Now, a month out from Sine Die, we can take a look back on what went right of our rivers and streams and what went wrong. 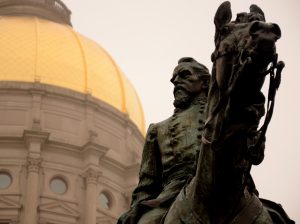 The 2018 legislative session produced a few victories for Georgia’s environment as well as plenty of frustrations.

The Georgia Outdoor Stewardship Act (GOSA) passed meaning that this November, Georgia voters will decide a constitutional amendment that would take a portion of the sale tax we already pay when we purchase, hunting, fishing, camping and other outdoor gear and set that money aside to purchase and protect land and help local governments improve parks and trails.

If approved by voters, up to $20 million a year would be generated for land protection, parks and trails. And, unlike other fees and add-ons that we pay to the state, this money would be “dedicated” meaning that it couldn’t be diverted to pay for other portions of the state budget.

This measure will be good for our rivers because it will aid it protecting sensitive lands and the funds could even potentially be used to support water trail development.

HB 205, a measure that updates Georgia’s 40-year-old oil and gas drilling laws to protect local communities and our water from the risks associated with fracking, passed and is expected to be signed into law by Gov. Nathan Deal.

CRBI worked with the Southern Environmental Law Center and Rep. John Meadows (R-Calhoun) to draft this legislation. Once adopted, Georgia Environmental Protection Division will be responsible for creating specific rules that drillers must follow if they wish to extract natural gas or oil any where in the state. 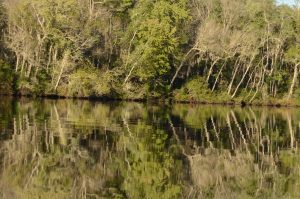 Natural vegetated buffers along our state’s rivers and stream got no love from legislators.

Natural areas along the state’s streams that prevent silt, mud and other pollution from fouling our waterways, once again received no love from our legislators. Four years ago, a Georgia Supreme Court ruling “muddied” the waters of how Georgia’s Environmental Protection Division measures the state’s mandated 25-foot natural “buffer” along all streams. The result has been that some portions of streams are not afforded a buffer while other portions of the same stream are protected.

Rep. Debbie Buckner, (D-Junction City) attempted to amend a bill on the House floor to fix this problem but the amendment was found not to be germane to the content of the original bill. This marks the fourth year that the House Natural Resources Committee chaired by Rep. Lynn Smith (R-Newnan) has blocked the introduction of meaningful stream buffer legislation to fix loopholes in the stream buffer law identified in the Supreme Court ruling.

Coal Ash Regulations Get the Kibosh under Strong Influence from Georgia Power Co.

A bill that would require Georgia Power Company to notify local governments before it began draining toxic coal ash ponds and pumping the treated water into our rivers failed. While it passed the House, it was never called for a vote in the Senate.

Another coal ash-related measure saw Georgia Power Co. further flex its muscle under the Gold Dome. A measure that would have raised tipping fees that host counties could charge private landfills (like Pine Bluff Landfill in Cherokee County) to $2.50 per ton from $1 per ton passed, but Georgia Power was able to amend the bill so that the increase does not apply to toxic ash from coal-burning power plants until 2025. The effect? Out-of-state coal ash is now more likely to continue flowing to Georgia landfills and Georgia Power gets a big price break as it moves its coal ash from dangerous locations along our state’s rivers to these private landfills. 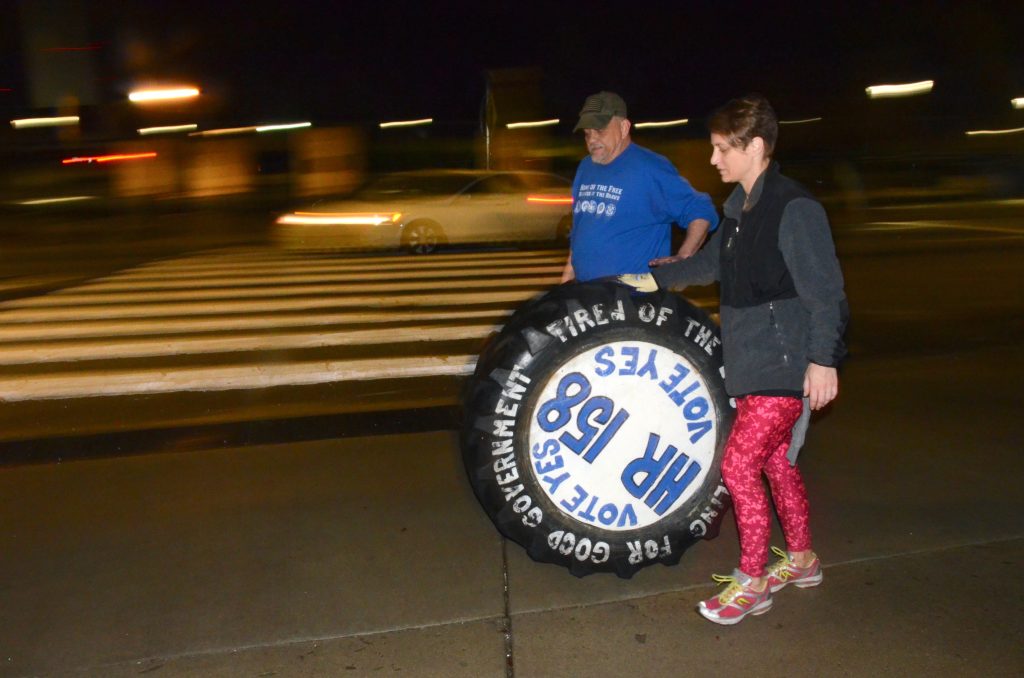 CRBI and the Georgia Water Coalition staged a 24-hour tire roll around the state capitol to bring attention to HR 158.

HR 158, a measure that would have helped restore funding for clean community programs and bring a measure of transparency and honesty to the state budget writing process, failed.

It wasn’t for lack of support. Some two dozen local governments from all corners of the state adopted resolutions in support of the measure, and the House approved the measure 166-1. Among the Senate rank and file, the measure had broad support as well.

But, Sen. Jack Hill, (R-Reidsville) chairman of the Senate Appropriations Committee, refused to a hold a vote on the measure in his committee.

The Georgia Water Coalition applied pressure to Lt. Gov. Casey Cagle to move the measure in the Senate and at campaign rallies he told supporters that “we would get a vote” on the resolution, but last minute negotiations between House supporters and the Lt. Gov.’s office proved fruitless and no action was ever taken on HR 158 in the Senate.

The result: the state’s Hazardous Waste and Solid Waste trust funds will continue to get looted during the budget writing process. Since these funds were created in the 1990s, $500 million has been collected from citizens through fees we pay when we purchase new tires or dump trash at local landfills. But, of that, some $200 million has been diverted to pay for other portions of the state budget, leaving the cleanup of hazardous waste sites, illegal tire dumps and other clean community programs underfunded.

The measure’s sponsor, Rep. Jay Powell (R-Camilla), called it “bait and switch” budget making, and that’s an apt appraisal of the time-honored and deceitful tradition.

CRBI and the Georgia Water Coalition will continue to work on this issue and hope to break the status quo during the 2019 legislative session.