PUBLIC SCREENING OF TO KINGDOM COME 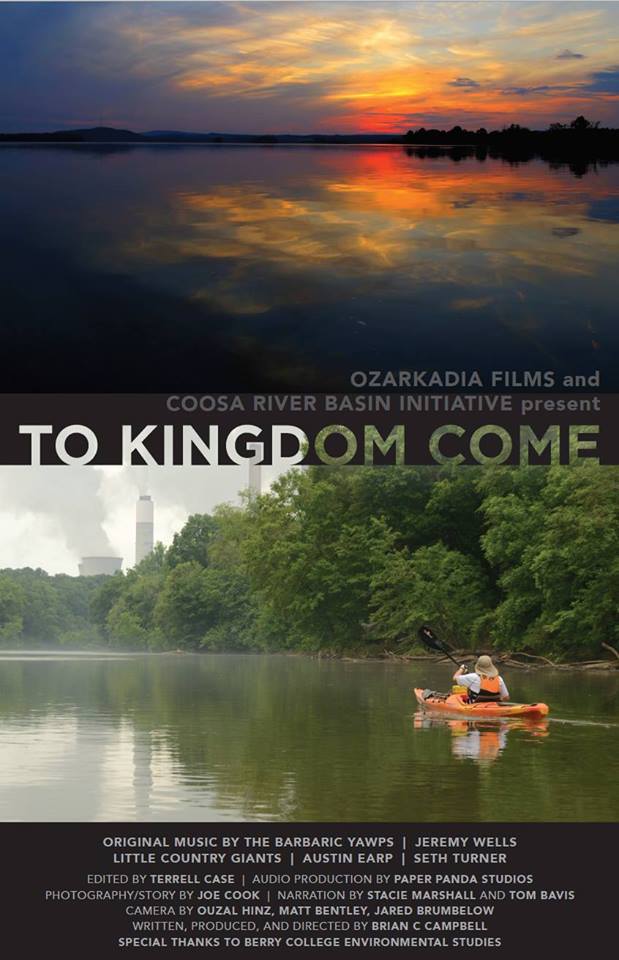 CRBI, Georgia Highlands College, and the Berry College Environmental Studies program have teamed up to co-sponsor a special screening of the 2018 Rome International Film Festival Audience Award winner for Featured Films, To Kingdom Come, at Heritage Hall Centre Stage on February 21, 2019 at 6pm.

To Kingdom Come presents the multi-generational relationship between General Electric and the Rome community.  The story is told from the unique and diverse perspectives of the earliest employees of the Rome GE transformer plant, local riverkeepers who battled GE over the dumping of harmful pollutants, and scientific and medical experts.

The film is a community project, co-produced by Dr. Brian Campbell of Berry College and CRBI, with contributions from Berry College students and alumni, Georgia Highlands faculty, Paper Panda Audio Productions, and an array of local musicians, including the Barbaric Yawps and Little Country Giants.  The score and soundtrack is a hauntingly beautiful musical compilation of blues and folk tunes, which provides an appropriate backdrop for this fascinatingly frustrating tale of Southern hospitality meeting Yankee ingenuity and disregard.

“To Kingdom Come represents a work of love for Rome and its unique and beautiful biophysical landscape and people” says Dr. Brian Campbell.

Admission is free with a suggested donation amount of $10.  All proceeds will be used to support Coosa River Basin Initiative in their ongoing work.