Ban the Bag in Georgia 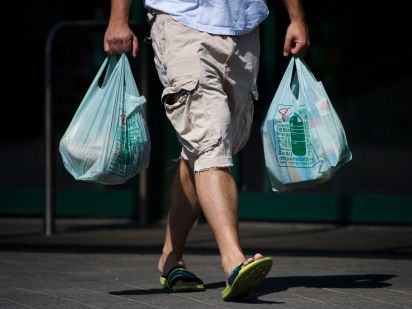 Senate Bill 280 would prohibit the distribution of single-use plastic bags by retail stores, with some exemptions (bags used for bulk foods, produce, newspaper, garments, dog waste, meat, etc.). The proposed bill could mean Georgia would be joining the ranks of eight other states across the country that have already banned the bags.

It is not uncommon to see plastic bags on the side of the road or in our rivers. Jesse Demonbreun-Chapman, Riverkeeper and Executive Director of CRBI, believes this is a sensible bill given the fact that “The grocers themselves are often looking at this as a big enough problem that they are setting voluntary target phase-out dates.”

CRBI strongly supports the passage of the bill to ban single-use plastic bags in Georgia.

Email your Senator and ask them to support SB 280.