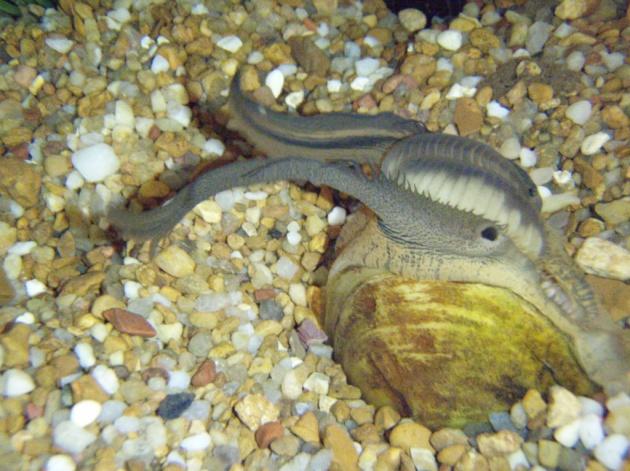 If you are interested in supporting the restoration of the Coosa River Basin, become a member or donate today.

The rivers of the Coosa River Basin are a gem of Northwest Georgia. Their beauty is paralleled by their abundance – our river basin is one of the most biodiverse regions in North America. It is the historic home to 43 mussel species, 32 species of snails, and 100 different fish species, including 12 species that are only found in this region of the world!

Our rivers are an integral resource for recreation, wildlife, and a source of drinking water for millions of people.

The water quality of the Coosa River Basin has improved immensely over the 25 years CRBI has been around, but we have a long way to go.

Many centuries of poor industrial and agricultural land management practices have led to erosion, sedimentation, pollution, and habitat loss. Many vital species in our watershed are imperiled because of this.

This isn’t just an environmental issue, it is a public health issue.

The rivers are a main source of drinking water for hundreds of thousands of people in our region. When pollution is in the river, it is inevitably in the drinking water. This can can lead to long term health issues and premature death.

At CRBI, we work to protect and restore our waterways to ensure they remain safe for many generations to come.

We believe that we can develop our communities, towns, cities, and farmlands mindfully in a way that grows our economies without neglecting our most vital economic resource- our water.

Restoring Habitat for Endangered Fish on the Raccoon Creek

CRBI teamed up with The Nature Conservancy to restore a local habitat for two fish on Raccoon Creek in Paulding County, Georgia in 2019.  The fish specific to the project are the Etowah Darter, a federally endangered species and the Cherokee Darter, a federally threatened species.

The project removed a culvert which was blocking the fishes‚Äô passage to their spawning grounds and replaced it with a free standing bridge, making the habitat accessible for the fish and other aquatic species. The removal of the culvert allowed the fish to freely navigate the creek.

You can watch a video and learn more about the Raccoon Creek Project here.

The banks of Holly Creek are badly eroding and the sediment that is pouring into the river is a danger to the habitat of many imperiled aquatic species.

To restore this habitat loss CRBI, is teaming with US Fish and Wildlife and Limestone Valley RC&D along with with a volunteer landowner to stabilize the banks on Holly Creek near Chatsworth, Georgia.

In this project, geo-engineers will restore the slopes of the creek bank and put in native species of plants to prevent future erosion on the banks.

Freshwater mussels are an incredibly vital part of our ecosystem. They‚Äôve been called ‚Äėecosystem engineers‚Äô because they filter bacteria, algae, and contaminants out of the water.

Unfortunately, sediment build up on the beds of the rivers and pollution in the watershed through years of poor development practices has endangered many freshwater mussel species.

CRBI is teaming with the Nature Conservancy, Georgia DNR, and private land owners to reestablish communities of freshwater mussels in our waterways!  We will be sharing more on this project in the near future so keep an eye out on our blog and social media for news on this project as it unfolds!

Join our mission to protect, preserve, and restore the upper Coosa River basin: become a member today or donate to help us continue our projects.

If you would also like to read about our current advocacy projects you can read this blog post.

mussels
Proud To Be A