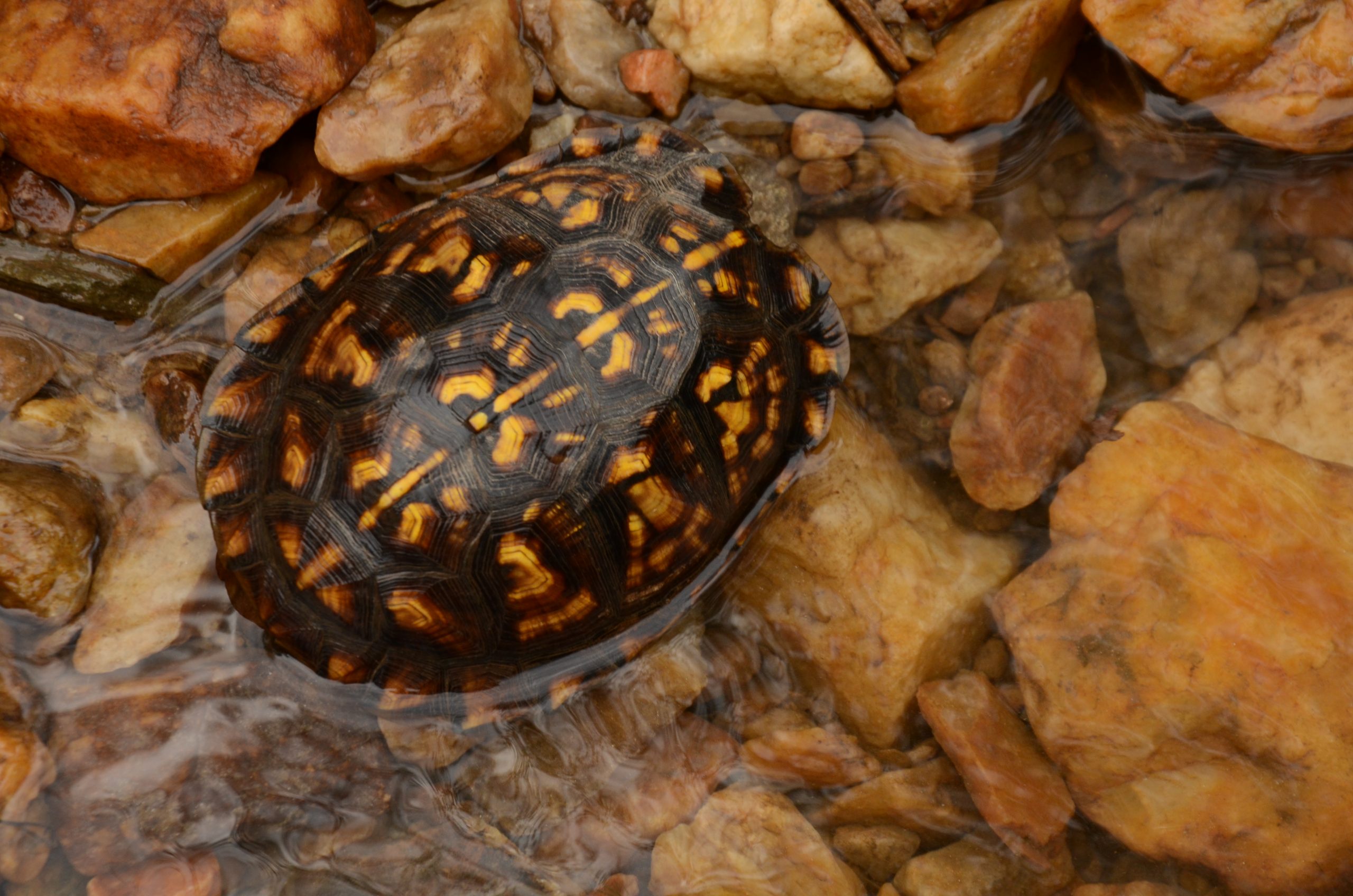 The Upper Coosa River Basin is home to many incredible native species of critters. One of those critters is the Common Eastern Box Turtle (Terrapene Carolina). If you grew up in the Eastern United States chances are you’ve seen these terrapins moseying across a road or two or hanging around the forest. But maybe you didn’t know some of these fun and interesting facts about them.

They can have a longer life span than the average human!

Eastern box turtles reach maturity at 10 to 20 years old. Amazingly given the right environmental conditions they can live to be more than 100 years old!

One found in 2015 in Centre County Pennsylvania was estimated to be more than 150-years-old by an amateur herpetologist (a person who specializes in the study of reptiles and amphibians).

They have interesting reproductive traits

After successful mating, a female may lay fertile eggs for up to four years.

Once the eggs are laid in the nest- mother nature decides the gender. Turtle’s experience temperature-dependent sex determination. The temperature of the nest when the eggs are incubating determines the sex of the hatchlings. Warmer nests tend to produce females, while cooler nests produce males.

They hibernate during the Fall and Winter

Box turtles hibernate during cold winter weather. They burrow deep under the soil and leaves, sometime in October, and usually emerge in April or early May.