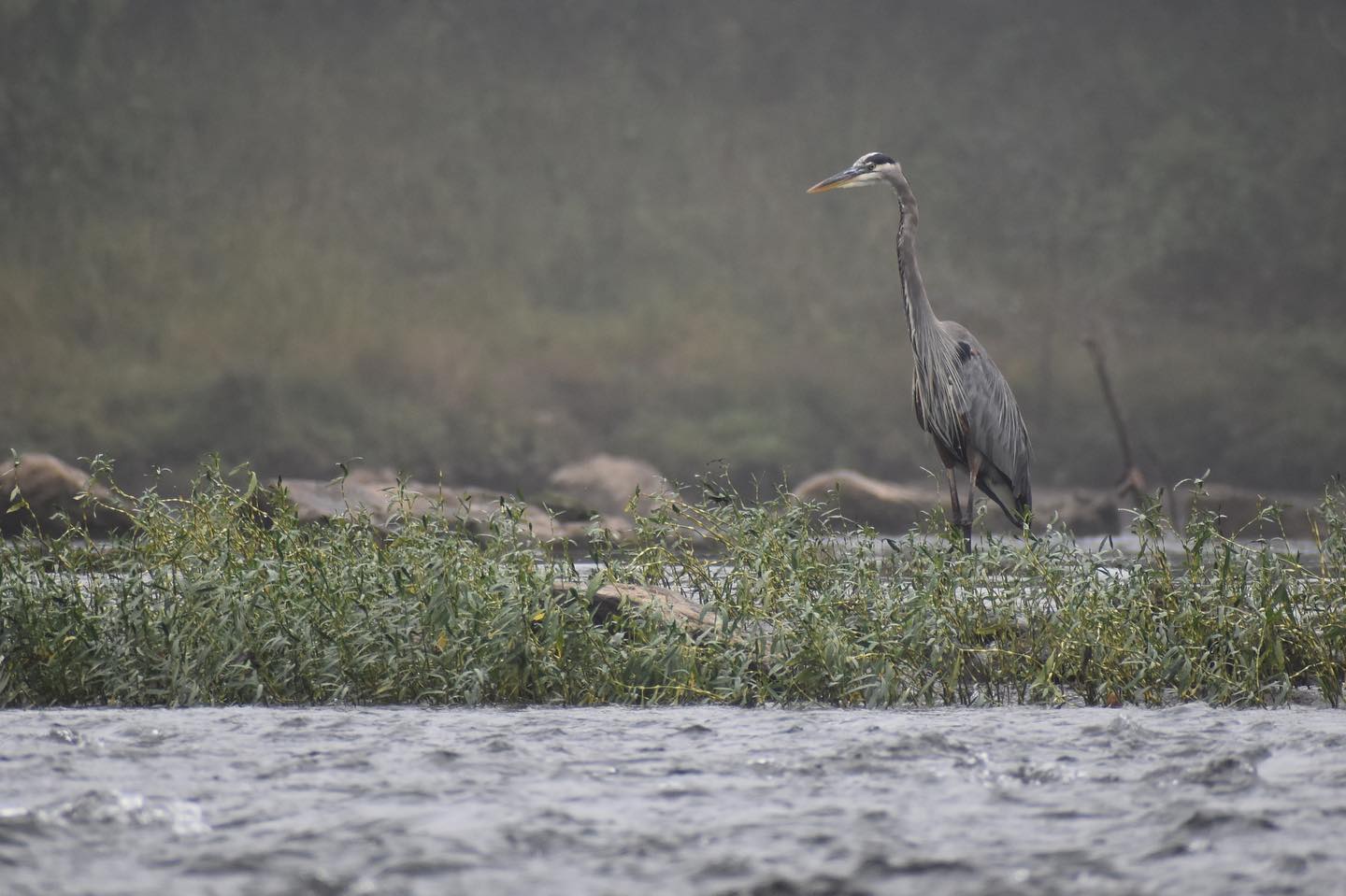 The Great Blue Heron can be found almost anywhere where there’s water nearby in North and Central America. With a wingspan of up to 6 feet this majestic bird can easily be spotted sailing through the sky. Often mistaken for cranes, the blue heron can be identified by its s-shaped neck, especially during flight.

What other fun facts make the heron distinguishable? Let’s find out!

Great Blue Herons are grade a fishers. They are often spotted wading in marshes and along shorelines waiting for the perfect moment to strike their their prey. Their blade like beak is a well adapted tool for capturing their prey once its spotted. Their food of preference is fish but they will eat insects, reptiles, and small mammals.

They are even good night hunters! They have a high number of special rod-type photoreceptors in their eyes that make it possible for them to see well at night.

They Are Also Performers

During mating season the Great Blue Heron puts on its best colors and performs elegant dances to attract a partner. feathers turn a brighter shade of blue and their yellow bill turns orange. Watch the short video below to see the herons dancing together in a courtship dance.

Throughout the 4 week incubation period of the eggs both mom and dad share responsibility. They also both help tend to the nestlings for two months until they fledge.

They Live in a Communal Setting

Herons nest in groups called ‘heronries’ or heron rookeries that have been known to have up to 500 nests per colony!

These heronries are found near the waters edge high up in the trees, sometimes more than 100 feet off the ground!

They Know How to Beat the Heat

If you’ve ever seen a blue heron standing with its beak and wings open on a hot day- you’ve probably witnessed “gular fluttering”. This interesting looking display is an avian version of panting that helps them cool off. When they do this they flutter their throat muscles to increase evaporation and drop their wints to allow air to flow more easily around their bodies.

They Are Surprisingly Light Weight

Even though blue herons wing span can be up to 6 feet they only weight about 5 pounds because like all birds their bones are actually hollow.

There you have it! When you’re out on the waters around North America and you spy one of these majestic birds make your own observations and see if you notice any other interesting features about the Blue Heron.

2022 Catfish Court nominations are open and we hav

Which spot is best to dip into the water this week

It’s that time of week again! Our weekend Swim G

We have some colorful and fun merch to keep you lo

Want to grab a 🍻 with us? And protect our wate

We find so much litter at our #swimguide water mon

Nothing beats the shade of a sycamore tree in the

We’re seeking Catfish Royalty! Do you know the

We’re getting out on the river September 17th to

The results are in! Where will you swim this week

It’s that time of week again! We’re out check

😂Seriously though, river otters live all around

This weeks moment of peace brought to you by the s

Want to paddle with us? CRBI is hosting a 6 mile p

Results are live! It’s going to be a beautiful

If you’re getting out on the water this weekend