What Keeps Our Rivers Strong? Mussels! 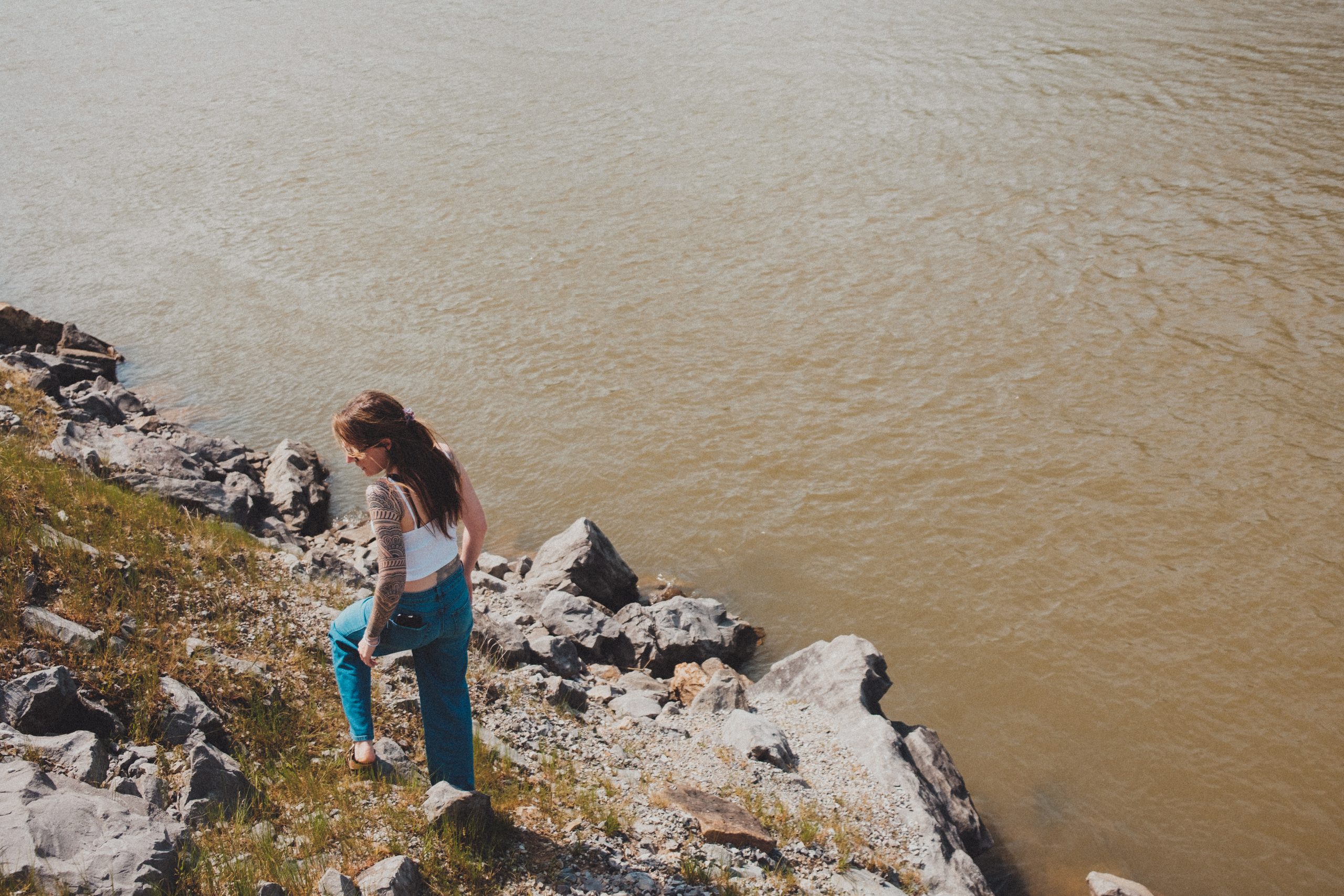 In the streams and rivers of Northwest Georgia resides an unassuming but powerful champion of freshwaters.  These heroes come in many shapes and sizes, can live up to 100 years in the right conditions, and go by many names including Oval Pigtoe, Rayed Pink Fatmucket, and Little Spectaclecase.

They clean up the rivers, provide food to wildlife, and create safe habitats for aquatic critters.

If you grew up along the rivers and creeks of North America you’ve almost certainly met one of these critters, but you may have not realized how incredibly important and intriguing they are.

Have you guessed what these wondrous creatures are?!

Freshwater mussels are integral to clean water.  They have been called the ‘livers of the rivers’ because of their vital role in filtering algae, plankton, detritus, bacteria, and toxins out of the water.  Even though they aren’t moving around much, they are moving lots of important debris out of our watersheds. For reference, a single adult mussel filters more than 1 liter of water per hour! (Donnelson, 2019).

Mussels stabilize the silt and sand on the bottom of the river and provide oxygenated water and habitat for smaller aquatic organisms.

As if that weren’t enough- they’re also an important part of the food chain.  Mussels provide food for larger mammals and also for aquatic insects who feed off of their biodeposits (mussel poo). In turn, the aquatic insects that feed off these bio deposits are food for fish in the watershed.

Without freshwater mussels, the ecosystem and the food chain quickly breaks down.

In other words- Mussels are a keystone species for freshwater ecosystems.  But, sadly, mussels are one of the most endangered species on our planet.  According to the Department of Natural Resources, over 70% of freshwater mussel species are considered endangered.

Threats for the Freshwater Mussel

The future of the freshwater mussel is so uncertain because mussels are one of the most vulnerable species to pollution and habitat change.  To thrive they need stable, silt-free river bottoms and clean, flowing water. This means that freshwater mussels face a broad range of ecosystem threats, including:

Mussels in the Coosa River Basin of Georgia

Right here in the mountains of Northwest Georgia you can find one of the most diverse freshwater mussel faunas in the world!

Tragically because of poor development practices, 15 species of mussels from the Upper Coosa Basin are already considered extinct.  This mass extinction event had a critical impact on the health of a fragile ecosystem.

Without freshwater mussels our waterways are left defenseless against the build up of debris, smaller aquatic animals lose habitat, and the food chain begins to crumble.

But there is great hope for the watersheds of Northwestern Georgia as many advocacy and environmental groups rally to rescue the freshwater mussels before it is too late.

Since 2019 CRBI has been working with Georgia’s Department of Natural Resources and the U.S. Fish and Wildlife Service to breed freshwater mussels in a laboratories in Tennessee and Alabama.

The project began with the collection of gravid (pregnant) female mussels of two at risk species, the Alabama Rainbow and the Coosa Creekshell from Holly Creek near Chatsworth, Georgia.

These female mussels and fish were transported to the lab where scientists extracted the larvae and placed them inside of a containment with the fishes for manual infestation of the fishes’ gills.  The fish are monitored for about 3-4 weeks until the glochidia larvae (baby mussels) are big enough to drop off.

At this stage the juvenile mussels of this species are only about .5mm in length (so tiny!) They need to grow to 1” before they can be augmented back into the creek which takes about 2 years!

This project is a community effort!  Getting it off the ground has required diverse people and groups to come together around hope for the Coosa River basin.

Anakela Escobar, a scientist from the Department of Natural Resources who is involved in the project, shared her experience of the solidarity that’s made this project possible. “Through the cooperation of local landowners, nonprofits, and state agencies, we are making great progress in stewarding the unique resources found in Holly Creek. We hope to be able to continue these partnerships and see noticeable improvements in local water quality and fish and mussel populations.”

In it for the Long Haul

The conservation of the freshwater mussels doesn’t end in the lab. Once the mussels are big enough (after about 2 years), scientists will seek a safe environment to introduce them.

This can be tricky because as you just learned, the mussels are very sensitive to environmental pressures.

Determining whether or not the mussels will survive in the wild habitat and reproduce on their own will require 5-10 years of monitoring.

And, their survival is not guaranteed.  The mussels’, and the creek’s success depends on local landowners along the watershed practicing mindful land management.  This includes farmers, developers, and manufacturing companies.

If all goes to plan, the baby mussels from the labs will be placed into their wild habitat in 2022 and get the help they need to continue to grow their population, the species will be spared from endangerment, and the resiliency of this precious watershed will be increased for many years to come.

How You Can Help

You can support our freshwater mussels by donating or becoming a member of CRBI today!  It is simple to do, and every dollar makes a difference for our vulnerable aquatic critters.